This white guy. He wore a t-shirt with a daisy on the front and he came to tell us all about recycling and washing up, as if this earth were our room and we were children leaving clothes on the floor of our Daddy’s McMansion.
Let me set something straight. I don’t have anything against the earth, not like this guy seems to think I do. I just don’t think he knows what he’s talking about. I can tell by all his theorizing that he doesn't know earth. As far as I can tell, for him it's some kind of backdrop, like the view out the window of his room. He calls it environment. You couldn’t call it environment if you’d been rolling around in it. Dirt floor poor aint no kind of environment. Dirt poor goes all the way into the skin. It becomes you. When you’re down there, you sure as hell do get to know a lot about the earth. And the earth is different than he says. The memory of dirt runs deep. I never lived in it myself, but it shapes the memories running around me like a cave-in.
My father’s father opened up a club where people sang their hearts out. They improvised their lives on horns, woodwinds and piano as long as they wanted. People rose out of the earth singing. We had to shake the dirt off our skins, and music did a pretty good job of turning all that ugliness beautiful. Pretty soon everyone was up in that place singing. It was like crazy wild, my granddad says who was a kid there, with the painters, the poets, the wild men who blew their trumpets until three in the morning, the alcoholics and junkies who just fed off all that music until the white people came and put a price on joy like they put a price on everything else. Seems that for them reality can’t begin until money changes hands. Which only proves again that they don’t know shit.
So you’ll have to forgive me if I’m bored with all your talk about how I’m supposed to treat the earth.
I would probably have forgotten this guy with the daisy on his shirt had he come any other day. But the same day he came, my neighbor Vin got shot. He was playing with a water bazooka in the park under some trees and this cop thought he was a mass murderer or something so he yelled words that couldn’t be heard over the game and then he shot my cousin right where he stood. Someone said that blood got mingled with the water and the sunshine and that for a minute it looked like cherry juice. That was before everyone started screaming and going crazy and the police had to send in paddy wagons to clean up the mess that they themselves started.
When will this ever end? Cried my mom. Vin was such a good boy.
They’re out of their fucking minds, said my dad.


As the music inside me skittered across the sidewalk like dead leaves. 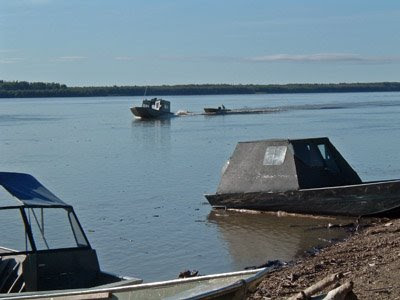